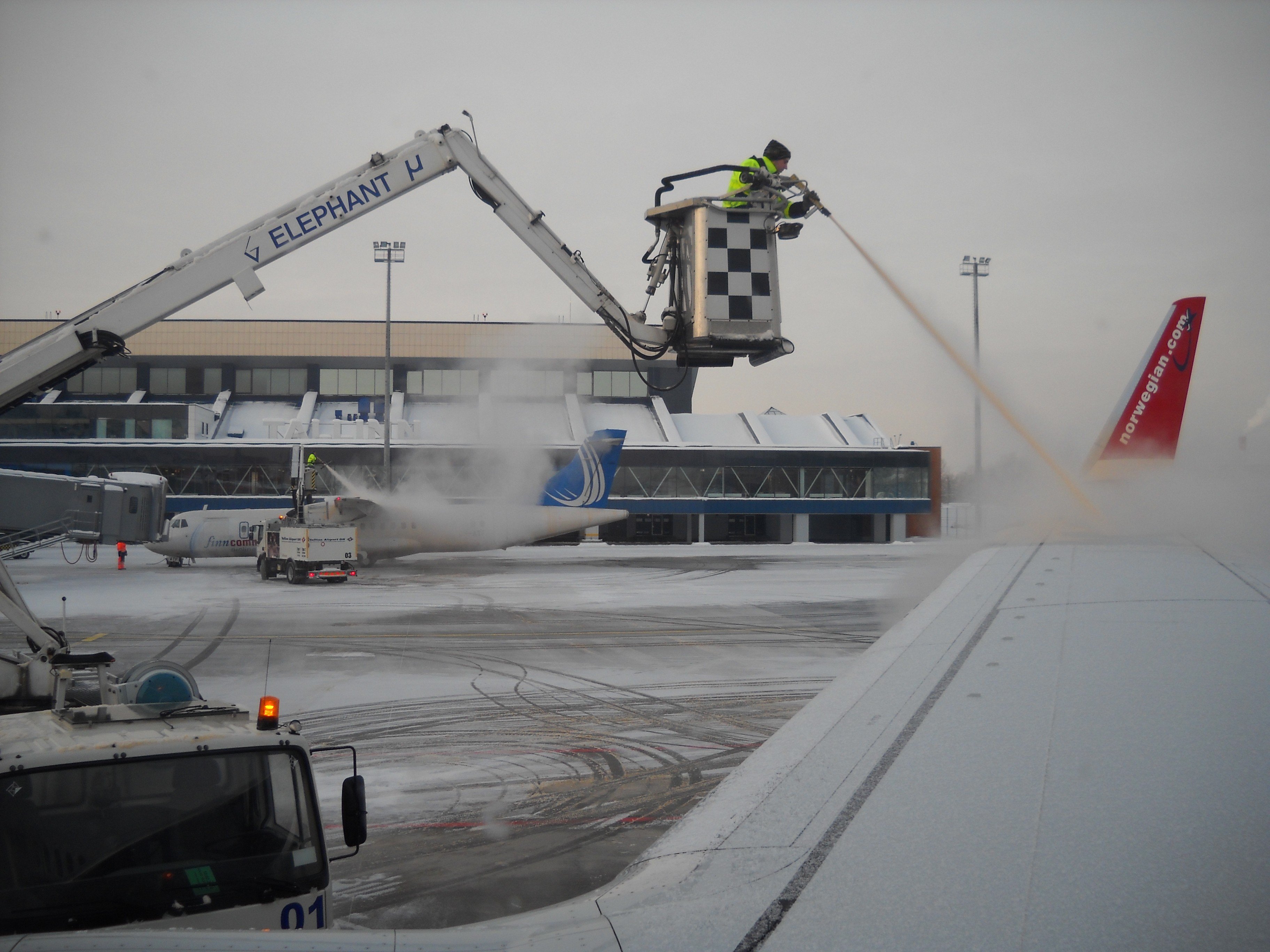 De-icing fluid is an important substance that is used to break down ice and frost. It is used fairly frequently during the winters in the more northern states. One common substances used as a de-icing fluid is brine. In addition to brine, there are some slightly more complex chemicals used to complete the same task.

These chemicals are popular choices, especially as the brine de-icing mixture can damage vehicles or rebar on roadways.

Three other common de-icing chemicals are magnesium chloride, propylene glycol, and ethylene glycol. The type of substance used for de-icing depends on its application, the location’s level of snowfall and winter temperatures.

The Uses of De-Icing Fluids

One of the most frequent uses for de-icing fluids is on roadways, to break down snow and ice and provide a safe passage for drivers. De-icing fluids are also popularly used on airplanes, to ensure that ice does not interfere with the plane’s ability to maneuver in the air. These fluids are also critical to ensuring that critical sensors and ports remain unblocked during flight.

Whichever kind of substance is used during the de-icing process, it is critical that it is stored properly so that the integrity of the chemical is not compromised before its application. Storing de-icing fluids properly will vary depending on the type of substance that is used and its chemical makeup.

Containment of de-icing fluid is based on the chemical makeup of both the fluid itself and the tank. Looking at the Chemical Resistance chart, it is easy to see that we store these four common de-icing fluids in a way that protects both the integrity of the tank and the makeup of the fluid:

We suggest using high-density cross-linked polyethylene (XLPE) to store brine, over fiberglass-reinforced polyethylene, as it provides a more cost-effective and robust product.

Because brine is made up of salts, you’ll want a full tank drain to prevent salt buildup on the bottom of the tank. Our Vertical Tank with IMFO provides just that, with either a slope-bottom or flat-bottom.

Magnesium chloride is often used on streets in areas of very low temperatures, with many of these locations being at higher altitudes, in the mountains, or uphill. Our XLPE tanks are certainly efficient at storing magnesium chloride, but because of the location of the tank, there’s another important factor to consider.

Any chemical spill that occurs runs a much higher risk of contaminating the natural resources around the tank, as well as all of those that might be at a lower altitude. To prevent any ecological harm, we suggest a 110% containment structure, keeping your chemicals and your environment safe.

Propylene glycol is often used as an aircraft de-icing fluid. It is a safer, less-toxic substitute for ethylene glycol, but still must be handled properly because of its potential for contamination. With a specific gravity of 1.04, the suggested material for tanks that will be storing propylene glycol is high-density cross-linked polyethylene.

With winter well on its way, ensuring your de-icing fluids are properly contained is essential.

Don’t be left out in the cold; contact a chemical storage tank expert today to learn how to properly store your de-icing fluids.

Photo: Ulflarsen (Own work) [CC-BY-SA-3.0 or GFDL], via Wikimedia Commons