How To Store De-Icing Fluids Safely

Winter is approaching fast. With below freezing temperatures and snowstorms affecting millions of people each year, municipalities need to be ready to clear roadways and maintain equipment. De-icing fluid is used to break down ice and frost on roadway surfaces and aircraft. 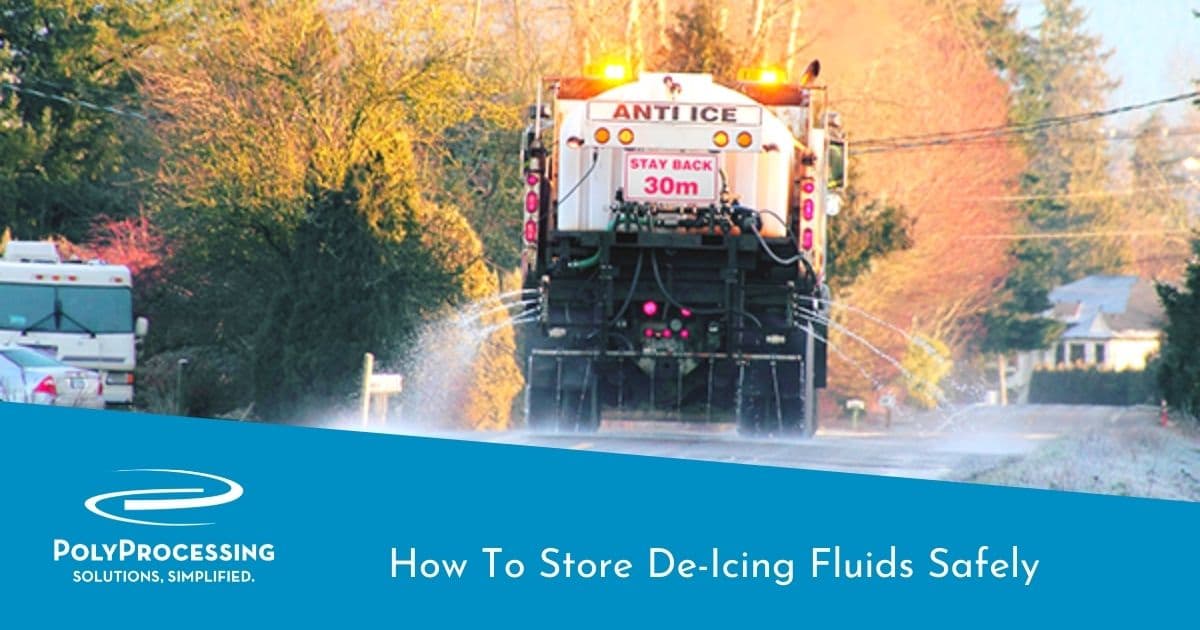 The substance used for de-icing depends on its application, the amount of snowfall, the municipality’s preferences, and winter temperatures. A variety of chemicals are used in the de-icing process, including brine, magnesium chloride, propylene glycol, and ethylene glycol. Brine is the most popular of these chemicals, but it can damage vehicles or rebar on roadways.

On roadways, de-icing fluids are used to break down snow and ice and to provide a safe passage for drivers. De-icing fluids are also used on airplanes, to ensure that critical sensors, ports, and mechanical equipment remain unblocked during flight.

Whichever chemical is used, and wherever it is used, it must be stored safely so that the integrity of the de-icing chemical isn’t compromised and that it’s properly contained.

The SAFE-Tank system is a double-wall containment and storage system built from cross-linked polyethylene. The “tank-within-a-tank” configuration means you don’t need to designate a large area for a concrete containment structure. The secondary containment wall provides the same footprint as a typical vertical tank.

The value of a SAFE-Tank includes a built-in secondary containment tank that won’t compromise chemical quality in case of a spill. If damage occurs to the inner tank, the system works to equalize the liquid level so that you can keep storing the chemical in the containment tank until the product inside has been used. This means most necessary tank repairs are not emergencies, saving you critical time and money.

The dome structure of a SAFE-Tank helps prevent water and debris from entering the containment tank, which eliminates the risk of false positives for leak detection.

The SAFE-Tank system allows de-icing chemicals to be double-wall piped from the tank using the industry’s only fully contained Enhanced Bellows Transition Fitting. This important fitting meets 40 CFR 264 requirements and drains the primary tank through the containment tank while acting as a secondary containment around the fitting. 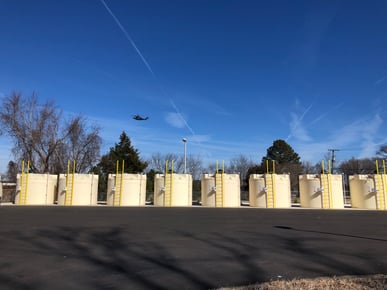 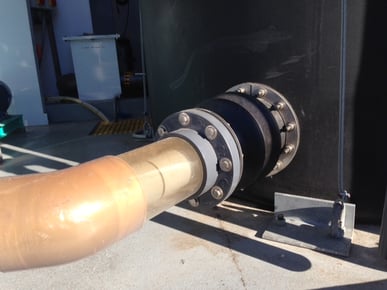 If containment isn’t an issue, Poly Processing recommends the Integrally Molded Flanged Outlet® (IMFO®) system for complete discharge of the de-icing product. This true full discharge solution eliminates many of the problems that other full discharge systems experience.

With our innovative IMFO System, the flange is molded into the tank during manufacturing, rather than being introduced post-production as an insert. IMFO-style fittings are made from the same material as the tank, creating a one-piece, homogeneous unit. Because the IMFO fitting is part of the tank itself, there is no added stress on the lower sidewall. IMFO Tanks are available in vertical and slope-bottom configurations.

With winter on its way, ensuring your de-icing fluids are properly contained is essential. Don’t be left out in the cold.

Find out how a SAFE-Tank can assist with your application