How We Suggest Storing Sodium Chlorite for Your Application 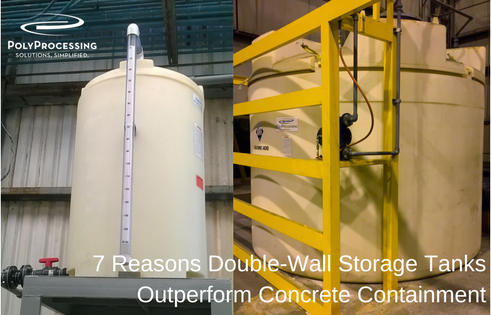 This salt-based chemical compound is an oxidizing agent that needs to be protected from contamination. If crossed accidentally with an organic material, sodium chlorite could produce an explosive reaction. With such a threat, it’s important that proper chemical storage be taken seriously. 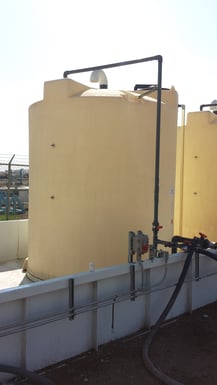 Sodium chlorite (NaClO2) is most commonly used as a disinfectant as well as in the manufacturing of paper. When creating textiles, pulp, and paper, the compound is used to generate chlorine dioxide, which acts as a bleaching agent. Our customers also use it as a disinfectant in the municipal water treatment industry. Here, it is advantageous to use this chemical over simply using chlorine, because the carcinogenic trihalomethanes, such as the dangerous chloroform, are not produced.

The chlorine dioxide that is generated from sodium chlorite is approved by the FDA under some conditions for disinfecting water used to wash fruits, vegetables, and poultry and used in clean in place systems.

Our storage tanks are designed and manufactured based on the chemical, so a sodium chlorite tank’s specifications differ from another chemical tank.

If you’re concerned about the chemical resistance of your storage tank, you can combat that with an antioxidant interior barrier. The newly designed OR-1000 is the #1 system for oxidizing chemical environments. It was designed to address the effects of highly oxidizing chemicals by adding an additional chemical barrier of antioxidant resin to the surface of the tank.

The right fittings can mean the difference between a functional system and one that fails. Any instance of tank failure is dangerous when it comes to storing an oxidizing agent. For proper sodium chlorite storage, we’d recommend PVC fittings with Stainless Steel bolts and Viton gaskets for the fittings.

Have questions about sodium chlorite? Talk to an expert today.