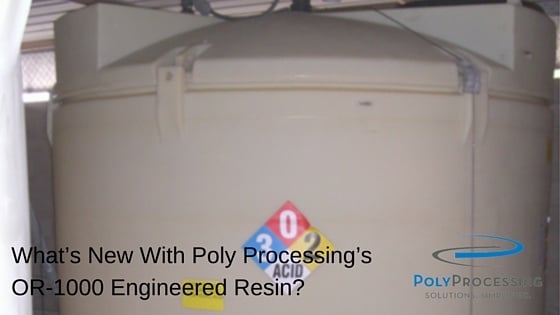 Recently, with the help of a 3rd party leader in Polymer Engineering, we developed an enhanced OR-1000 resin. We've taken what we’ve learned in the field in the last 15 years and improved the material.

Poly Processing’s exclusive OR-1000™ system was designed to address aggressive oxidation. We've recently developed a new enhanced version of the resin as an effective solution for your chemical storage needs.

Let's take a look at OR-1000, what it is, and what the new improvements are that we've made to the resin. 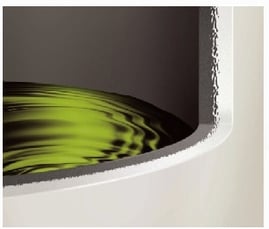 This process only takes a few minutes as the tank finishes so the antioxidants are “uncooked away”, in tact and fully charged for use on-site. It's used when storing oxidizing chemicals like sodium hypochlorite, sulfuric acid, and hydrochloric acid. The OR-1000 system adds an extra chemical barrier between cross-linked polyethylene (XLPE) and the chemical.An antioxidant barrier is all about extending the life expectancy of normal polyethylene

The OR-1000 system is a polyethylene resin containing saturated amounts of antioxidants. The engineered inner surface is made of polyethylene formulated to resist oxidation. The outer surface of the tank is made of XLPE for superior strength. These surfaces are molecularly bound together during the rotomolding process.

The Advantages of the OR-1000 system

The OR-1000 system gives you four times the antioxidant resistance of any polyethylene you can find. All wetted surfaces are covered by OR-1000, eliminating the chance for chemical attack on the tank's structure.

The OR-1000 system can also be used on any PPC tank, including the SAFE-Tank and vertical tank with IMFO system.

Improved OR-1000 Resin Offers Many Benefits

Recently, with the help of a 3rd party leader in Polymer Engineering, we developed a new OR-1000 system. We've taken what we’ve learned in the field in the last 15 years and improved the material.

Still NSF certified and FDA compliant, this new resin carries other enhancements, including: 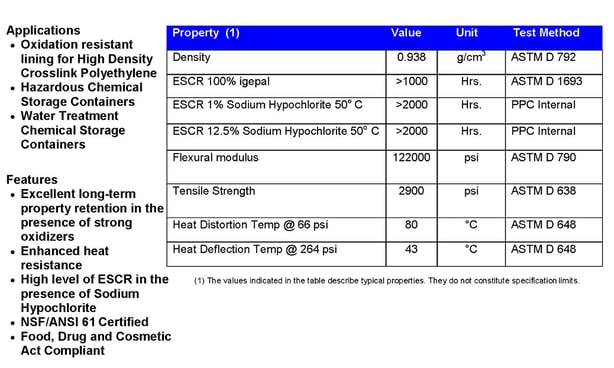 If you’re storing an oxidizing chemical, the OR-1000 system antioxidant additives help ensure polyethylene tank longevity. And now with an improved resin, OR-1000 is even more beneficial.

For more information on our improved OR-1000 system, contact Poly Processing today.